Press enter to begin your search

Is a Recession Here? Yes. Does that Mean a Housing Crash? No.

Earlier this week, the National Bureau of Economic Research (NBER) announced that the U.S. economy is officially in a recession. This did not come as a surprise to many, as the Bureau defines a recession this way:

Everyone realizes that the pandemic shut down the country earlier this year, causing a “significant decline in economic activity.”

Though not surprising, headlines announcing the country is in a recession will cause consumers to remember the devastating impact the last recession had on the housing market just over a decade ago.

The real estate market, however, is in a totally different position than it was then. As Mark Fleming, Chief Economist at First American, explained:

“Many still bear scars from the Great Recession and may expect the housing market to follow a similar trajectory in response to the coronavirus outbreak. But, there are distinct differences that indicate the housing market may follow a much different path. While housing led the recession in 2008-2009, this time it may be poised to bring us out of it.”

We must also realize that a recession does not mean a housing crash will follow.  In three of the four previous recessions prior to 2008, home values increased. In the other one, home prices depreciated by only 1.9%. 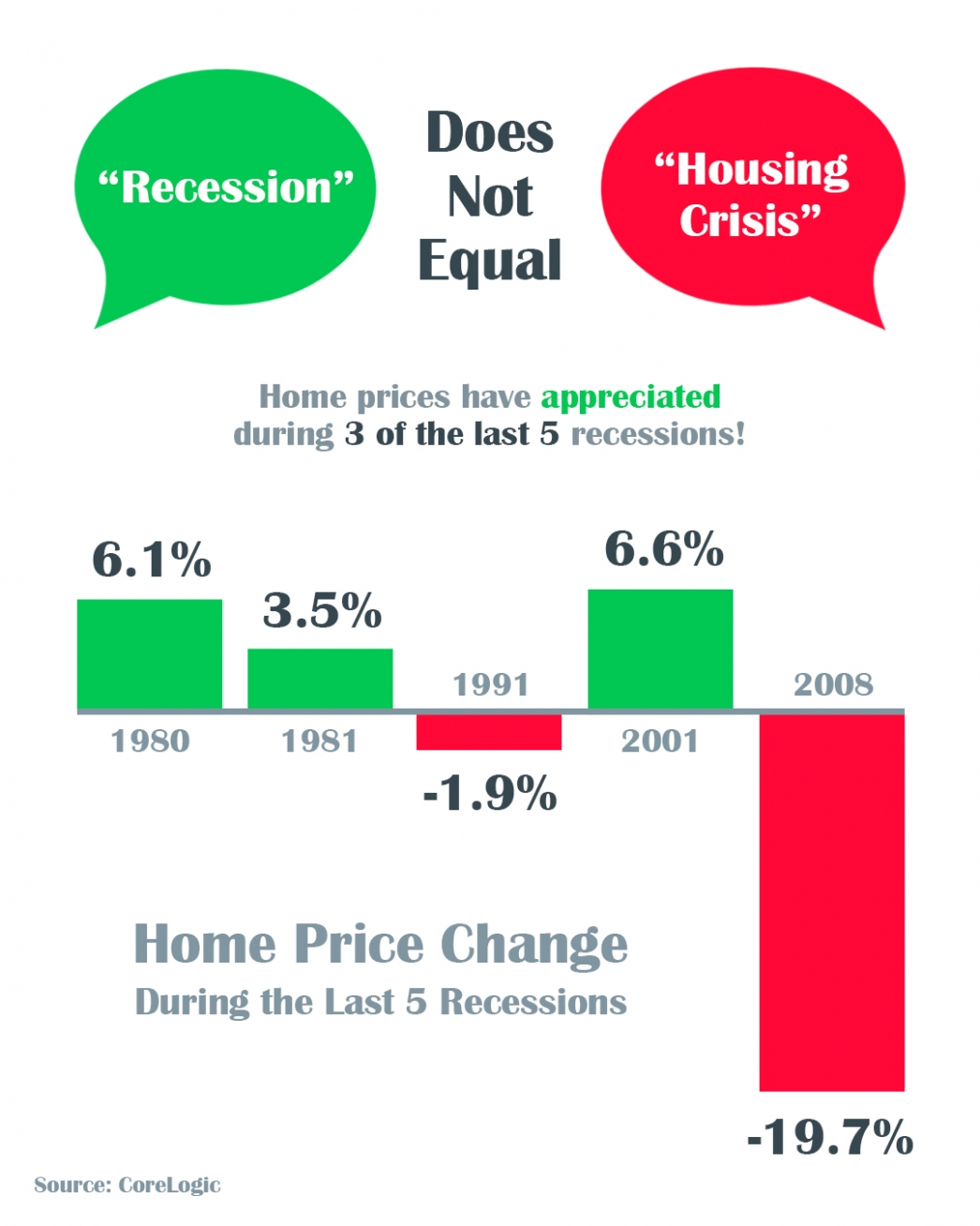 Yes, we are now officially in a recession. However, unlike 2008, this time the housing industry is in much better shape to weather the storm.

Belmonte Builders built the first house in the Albany, N.Y. region to be certified Gold under the LEED (Leadership in Energy and Environmental Design) for Homes program.

© 2020 Belmonte Builders. All Rights Reserved.
Web design & development by EDGE Creative Co.
*Complete terms are available in the Offering Plan available from the Sponsor
All images contained within this web site are the complete and sole property of Belmonte Builders. The images are protected by Federal and International Copyright Laws. It is unlawful to use any image for any purpose without first obtaining written permission from Belmonte Builders or one of its authorized agents thereof. Any unauthorized usage constitutes Copyright Infringement.

Hours:
*Or contact us to set up an appointment

For information on Alexandria’s available lots and floor plans, contact:

Hours:
Open Daily 12pm- 5pm
Open Tuesdays 10am – 2pm
Closed on Mondays
*Or contact us to set up an appointment

Hours:
Open Daily 12pm – 5pm
Open Tuesdays 10am – 2pm
Closed on Mondays
*Or contact us to set up an appointment

For information on Meadowbrook’s available lots and floor plans, contact:

For information on available lots and floor plans in Spencer’s Landing, contact: